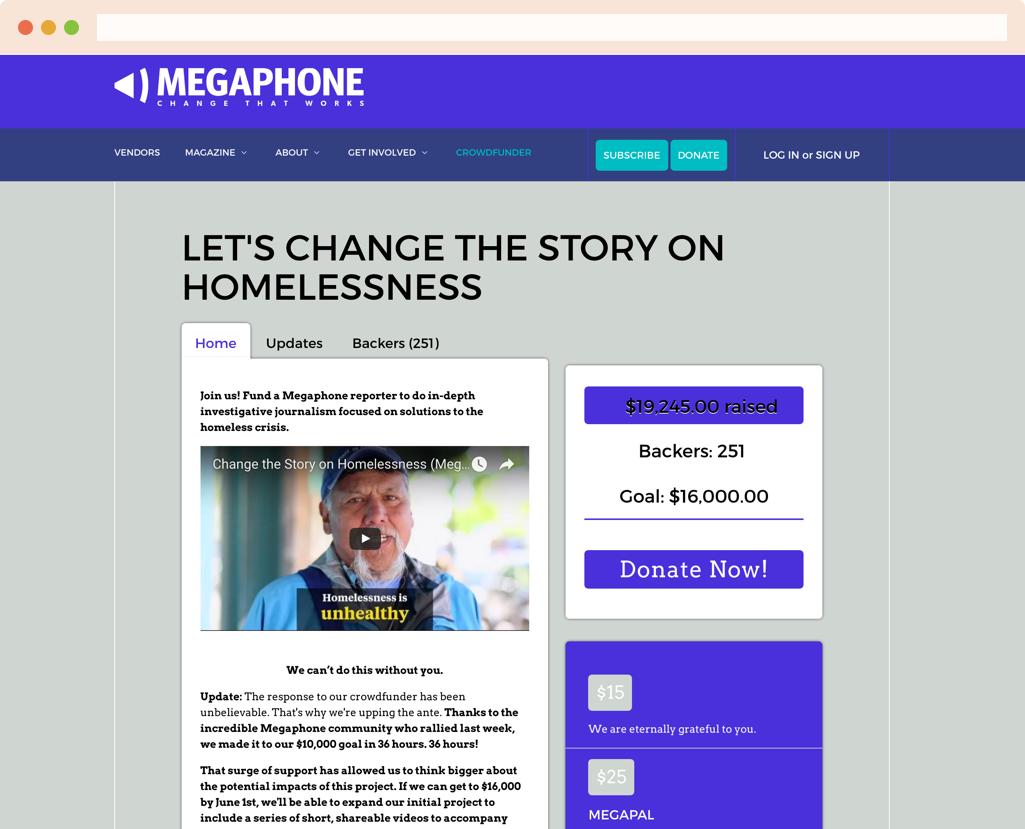 Update: These are now open-sourced, so follow the directions here to start raising more money.

Traditionally, fundraising with NationBuilder has involved using one of two page-types to power giving: Donation Pages, which allow for simple one-time contributions, and MoneyBombs, which are aimed at turning fundraising into an event by allowing supporters to pledge to give at a specific date/time and providing a sense of momentum.

In collaboration with the team behind Shit Harper Did, we’ve custom-developed a hybrid of the two that will allow groups to replicate the ‘Kickstarter / IndieGoGo’ experience to crowdfund support for their projects. We call this new tool Crowdfundr.

These pages utilize a three-step conversion process. First a user is delivered a pledge, asking them to commit to giving (often utilizing a video pitch). Next they’re directed to the donations page where they complete a transaction, after which they’re asked to share their donation via Facebook, Twitter, or email.

Our Crowdfunding Pages include the following features: