Plucking the thorn from the side of the Confederation - cStreet Campaigns

Plucking the thorn from the side of our Confederation

Plucking the thorn from the side of our Confederation

Like the vast majority of Canadian voters, I felt a certain smug self satisfaction at having cast a ballot for change in the Oct 19th election.

I’ve never voted in a referendum of consequence (Sorry British Columbia, your “non-binding citizen’s initiative” doesn’t quite make the grade). But if I did, I imagine the experience would go something like the 2015 election.

Painfully long official campaign period thanks to a fixed election date: check.
Consensus between all parties on the ballot box question: check.
Non-partisan coalitions pulling hard on both sides of the fight: check. 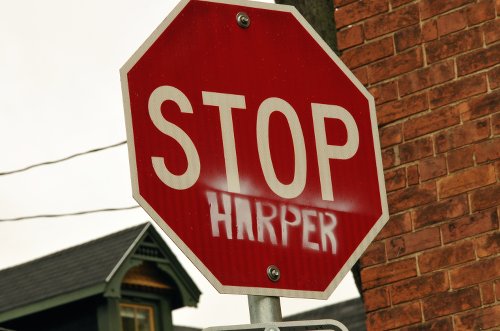 By August’s writ drop, the question was already set, which, depending on who you asked was some version of: Is it time to stop Harper?

Even the Conservative party’s campaign embraced this ballot box question with it’s tagline: Better off with Harper. In the end, Canadians decided they politely disagreed with the Conservative Party’s slogan and gave a historic NOPE to the divisive, and failed policies of the last 9 years. So it was, that in one fell swoop we ushered in a majority government that said it was willing to posture differently on some issues.

Trudeau’s government has talked a different line than the conservatives did on climate change, criminal justice reform, missing and murdered indigenous women, and welcoming Syrian refugees.

Yet Harper’s divisive brand has not yet been expunged from our confederation. In my view, there are a few factors contributing to this: 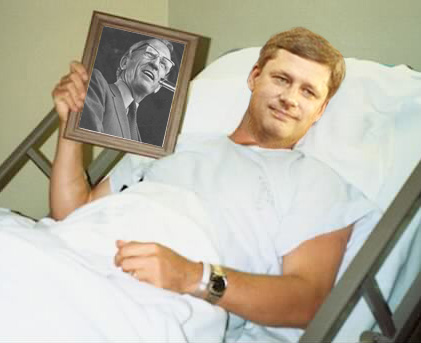 Brad Wall is happily filling the vacuum left behind by Harper.

The Sask. Party leader has been aggressively cringe-worthy in his public statements since sometime last spring. From xenophobic stance on refugees, to shirking responsibility for the wellbeing of those in provincial custody, he’s quickly made a name for himself as the go-to for an ideologically fuelled statement on the issue of the day.

His position as Premier has provided him the media attention to keep the politics of division alive and well beyond the tasteless low-point brought to us by Lynton Crosby.

Trudeau has pawned-off all serious responsibility on everyone else.

Whether it’s a plan for keeping global temperatures below a 1.5° or negotiating a new health accord, the PM has signalled his preference for a hands-off approach.

While it may be smart politics to walk back responsibility for big ticket items like an expansion of CPP, or legalizing marijuana, hiding behind provincial consensus on these major policy commitments is a cowardly abdication of responsibility from the purveyor of #realchange.
The real danger of course, is that allowing each of the premiers to essentially wield a veto on progress has given ideologues like Brad Wall relevance when he opposes a national climate strategy with science based carbon reduction targets.

So ask yourself: is this the kind of person who will go to bat for the best interests of people?

Can we really trust someone who has brought in such sweeping cuts and privatization to healthcare to negotiate a new health-accord? Or to protect and expand upon the legacy of Tommy Douglas?

Yeah, it’s going to be a problem.

Saskatchewan: charming, beautiful, and in need of a new Premier! 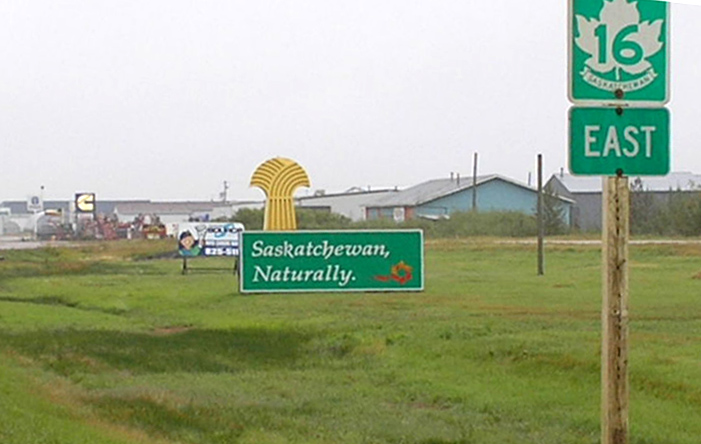 Not just for people in Saskatchewan, but also for the rest of us, who want to see a Canada that unites us.

That’s why I’m so pumped up to be helping the digital team at the Saskatchewan NDP this spring: to run a hard-hitting digital campaign to elect Cam Broten, a principled progressive as the premier of this province.

Saskatchewan deserves MLAs that reflect the diversity, and new face of the province. I’m incredibly proud to stand behind the most diverse slate in the history of this province. A passionate team of people from all walks of life, who can’t wait to start tackling the incredible political, logistical, and environmental challenges facing their province.

We can’t wait either.

Stay tuned to www.saskndp.ca and watch the show unfold.