*Disclosure: This post was inspired by a conversation I had with Karl Hardin of Dogwood Initiative and my business partner Amy Leaman in Vancouver earlier this year. Karl’s work with Dogwood helped flesh out the logistics of implementing snowflake models in NationBuilder.*

It’s common for clients to approach us early in our engagement to chat about what is commonly known as a ‘snowflake’.  For those who aren’t familiar, the ‘Snowflake Model’ is a way of organizing teams of supporters or activists. It was popularized by the writing and teaching of Marshall Ganz and the field (voter contact) programs of Barack Obama in 2008 and 2012.

As illustrated below, a snowflake model empowers local activists to take ownership of small organizing teams. These leaders spearhead the core organizing work of a campaign. In the electoral context, this is often door-knocking and phone banks, but in other contexts, these leaders might be organizing rallies, doing community outreach at public events, or otherwise spreading the gospel of the campaign. 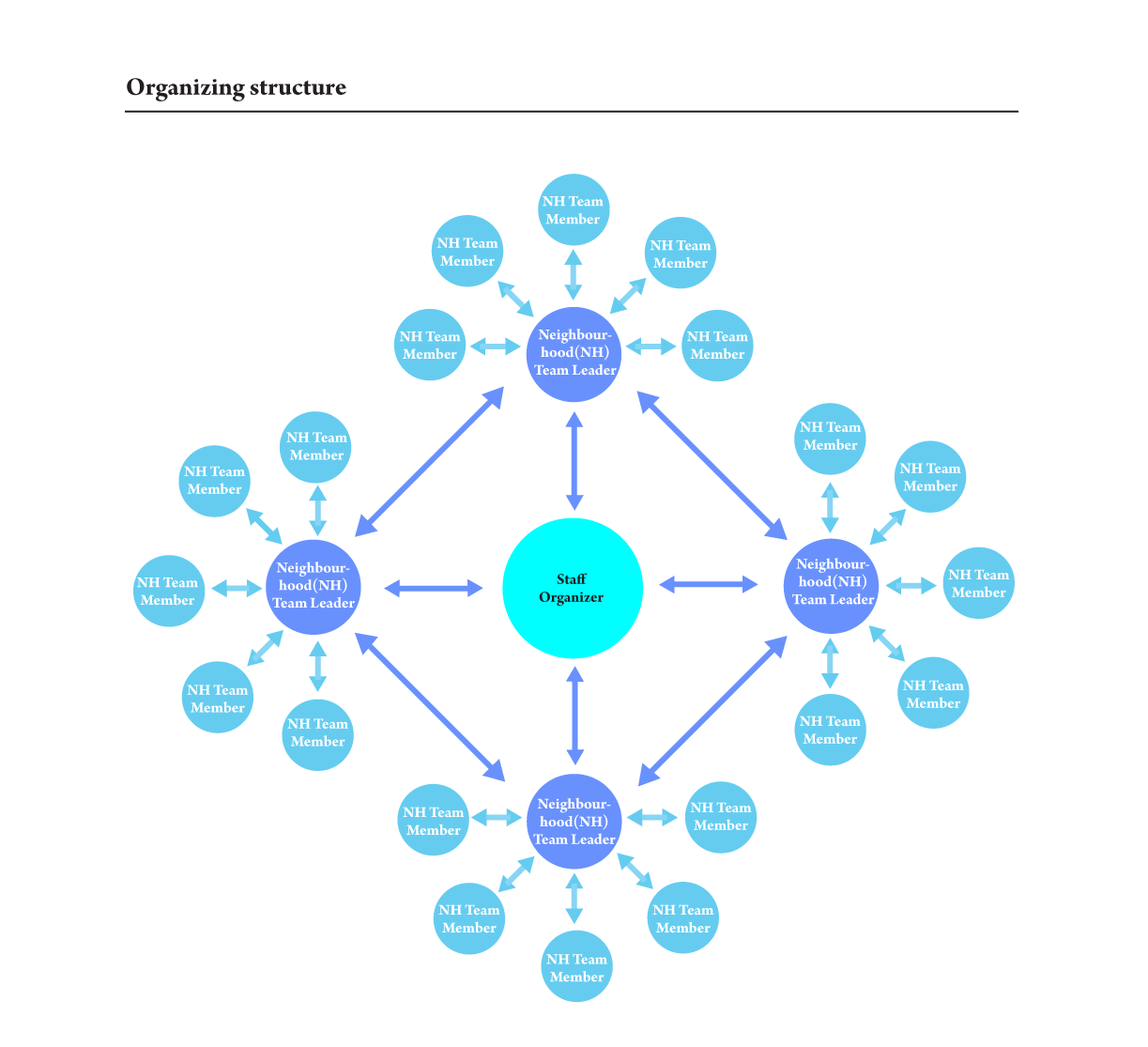 For folks who use Nationbuilder as their core organizing technology, the challenge is: how do you best replicate the offline model online? How do you empower small teams with distributed responsibility while limiting low level volunteers to sensitive organizational data?

The magic to understanding how to replicate the snowflake is to understand how to use “point-people” in conjuncture with permission sets.

Permission sets are set in the backend of Nationbuilder. You can assign a group of supporters to different ‘point people’. The ‘point person’ is then responsible for that particular group of supporters. As we build out each level of the snowflake, we’re developing a custom permission set that’s appropriate to their engagement level.

Point people also work level by level within the snowflake. So, if Sally is the point person for all your campaign supporters in NYC, but Sally has leaders in charge of Brooklyn, Queens and Manhattan, then each of those leaders act as the point people for each borough and are responsible to follow up with the supporters’ engagement.

In the Dogwood Initiative's snowflake they also layered on the ability to automatically assign supporters to point people based on electoral district (using NationBuilder Precincts/Wards). Over the coming months we're excited to rollout snowflake model campaigns with a Canadian organization working to defeat the Conservative Government in Ottawa and a non-profit in the US organizing to stabilize the climate crisis.