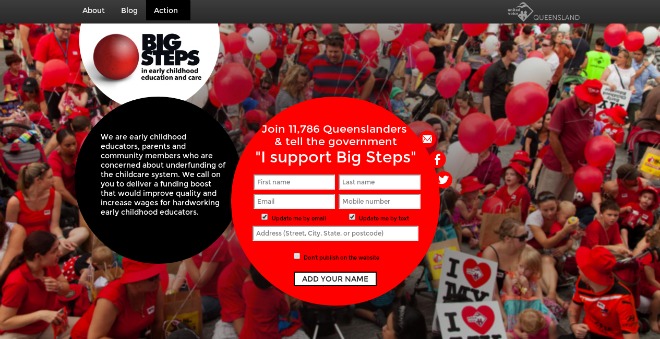 We’re big fans on United Voice, the leading Australian service workers union.  Their Queensland state branch was one of our first clients and today we’re pleased to announce the launch of our latest microsite with them as well as a microsite for United Voice Victoria.

Big Steps microsite was focused on building support for the unions campaign to secure funding for state sponsored childcare and improved working conditions for childcare workers.

One unique feature of the Big Steps microsite that we custom developed for the campaign was a phone bank tool to allow supporters to lookup their member of parliament, be provided a call script, phone number then to log their call with the campaign.

The other project that’s recently launched is a collective bargaining campaign to support workers at the Crown Casino in Melbourne.  We Are Crown aims to build support among union and non-union casino workers during contract negotiations with management. 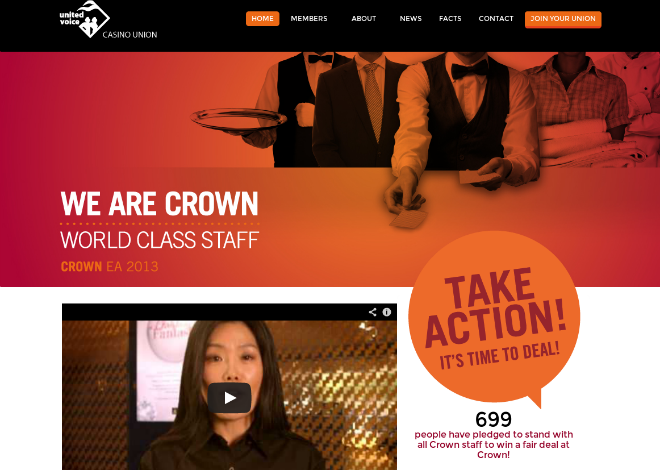