This project actually launched several weeks ago but has been undergoing a series of A/B and user experience tests that we wanted to let unfold before announcing.

How Eden Reforestation Projects works is by hiring the local villagers to plant trees. This gives them a decent income so they can provide for their families again. As the reforestation effort goes on, healthy forests begin to emerge and all the negative effects of deforestation begin to disappear. 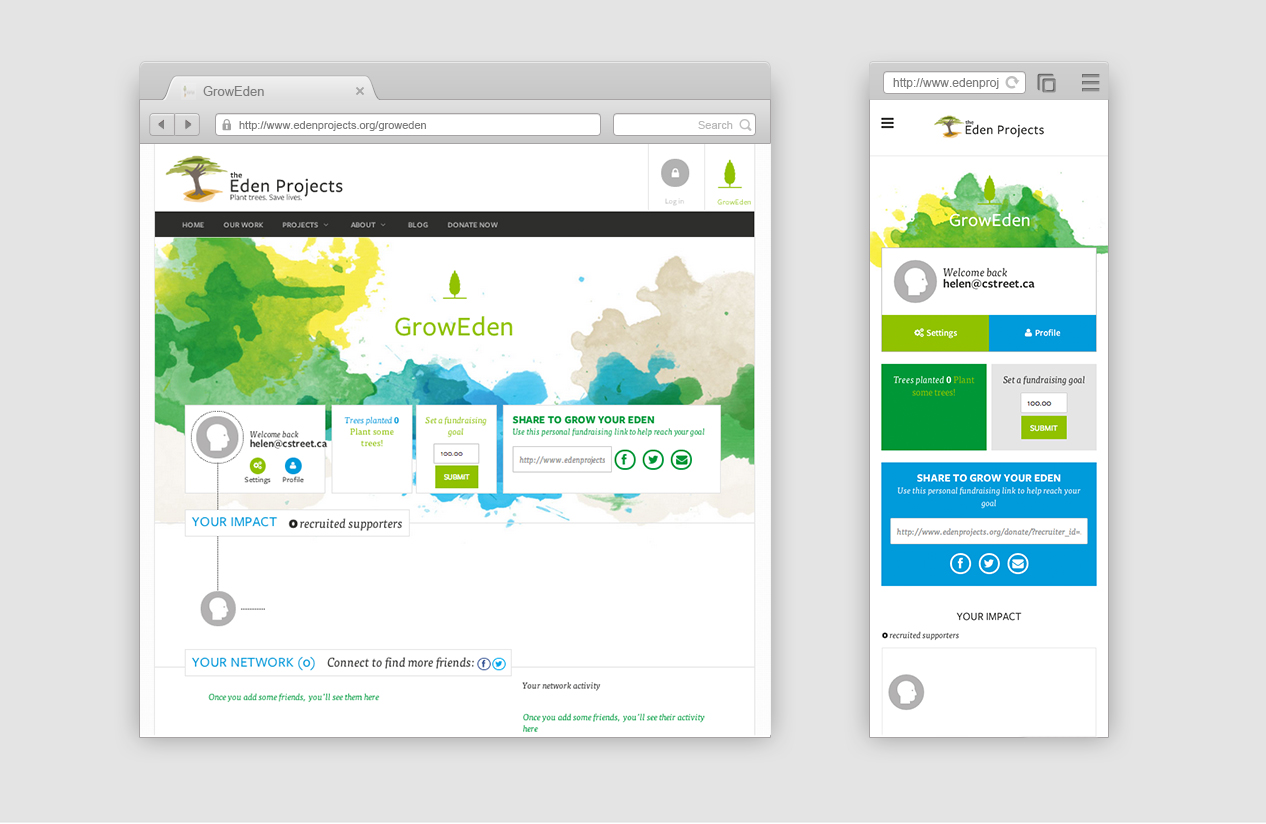 The most interesting innovation in this project was the creation of GrowEden, a peer-to-peer fundraising community for Eden’s partners and supporters. Users who come to the site — which for Eden often include schools, churches, and other non-individual groups — are prompted to use email, Facebook, or Twitter to create a GrowEden account in order to unlock tools that let them set goals and recruit other donors.

As a social proof, each time a GrowEden user recruits a donation or donor, the value of that contribution is reflected back in the number of planted trees that contribution represents. This is important because it helps demonstrate to the user the value of their hard work, both in terms of incentivizing goal-reaching and as a way to connect the contributions made by the user (and their recruited donations) with the work that Eden is carrying out with their reforestation projects in Haiti, Madagascar, and Ethiopia.