Fighting for Civil Liberties: The Launch of the c51 Voter Campaign - cStreet Campaigns

Fighting for Civil Liberties: The Launch of the c51 Voter Campaign

Fighting for Civil Liberties: The Launch of the c51 Voter Campaign

Below is a post by Stefan Avlijas, our campaigner dedicated the c51 Voter campaign we launched for BCGEU today.  It was originally drafted for c51voter.ca but we've decided to repost here in lieu of a more technical or strategy-driven post announcing the project.

For many of us, living in Canada has been synonymous with living in one of the most open, and free societies that the world has ever known. It's why the massive invasion of our privacy and suppression of our basic civil liberties has been so roundly rejected by society. It just does not fit into our conception of the kind of society we should be striving for.

Shortly after Edward Snowden's revelations about the extent of blanket mass surveillance of Canadians by the state, our government quickly doubled down on it's authoritarian streak and moved to rubber stamp much of the warrantless and therefore illegal surveillance that had been going on for some time. 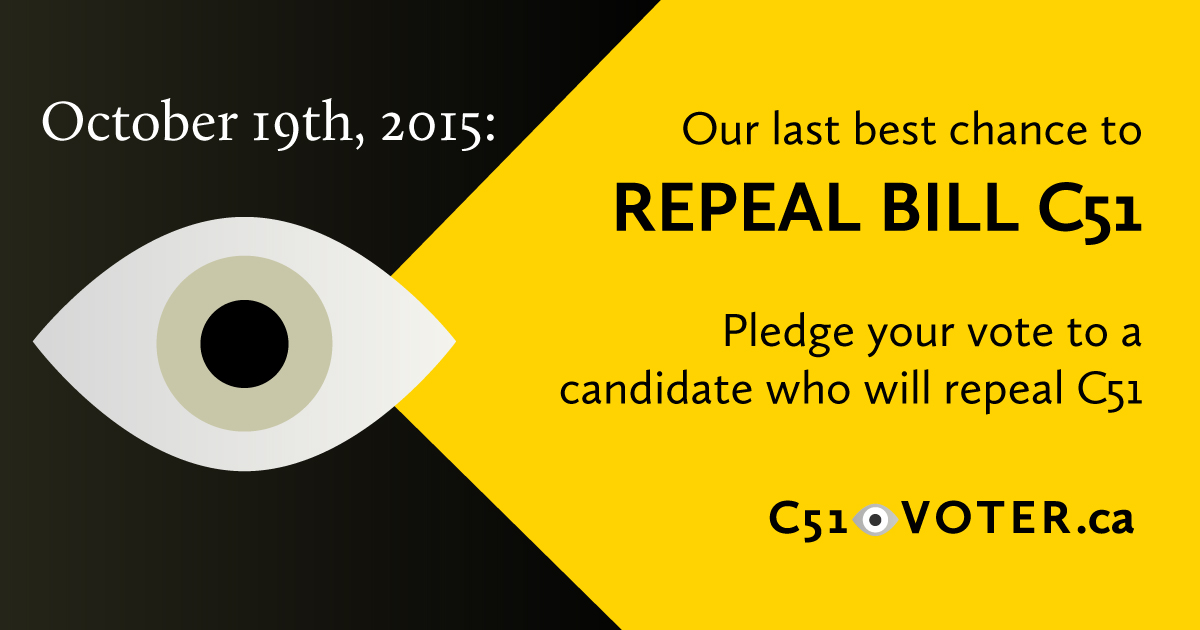 This aggressive security agenda became the hydra we now know as C-51.

I still remember looking at the first polls that the government commissioned to justify C-51 in disbelief. Saying to myself, and my friends: No way.Canadians will not be taken for this ride.

It was inconceivable to me that we would backslide so easily into a time where the basic principles of reasonable expectations of privacy were no longer to be respected by the state.  It saddens me deeply that generations of citizens fought and died for these rights, the same ones we would now so carelessly throw away because of political spin.

But then, almost as if overnight, groups started popping up all across the country to oppose C-51. Thanks to thousands of people across Canada, my doubt quickly disappeared.

Almost immediately it was clear something big was afoot.

From St. John's to Victoria organizers worked together for a national day of action in March and called on all people #RejectFear. The results were out of this world, I don't think I have ever seen so many people from all walks of life coming out to demonstrate in the streets. It inspired a great hope in me that we could turn back the tide and hold back the creeping police state from treading on our basic freedoms.

We showed that when we come together through a decentralized organizing process we are incredibly powerful. We influenced the national conversation, hold politicians to account and mobilized tens of thousands of first time protesters. Instead of C-51 being scary to us, we quickly became scary to those who wanted to ram C-51 through parliament. 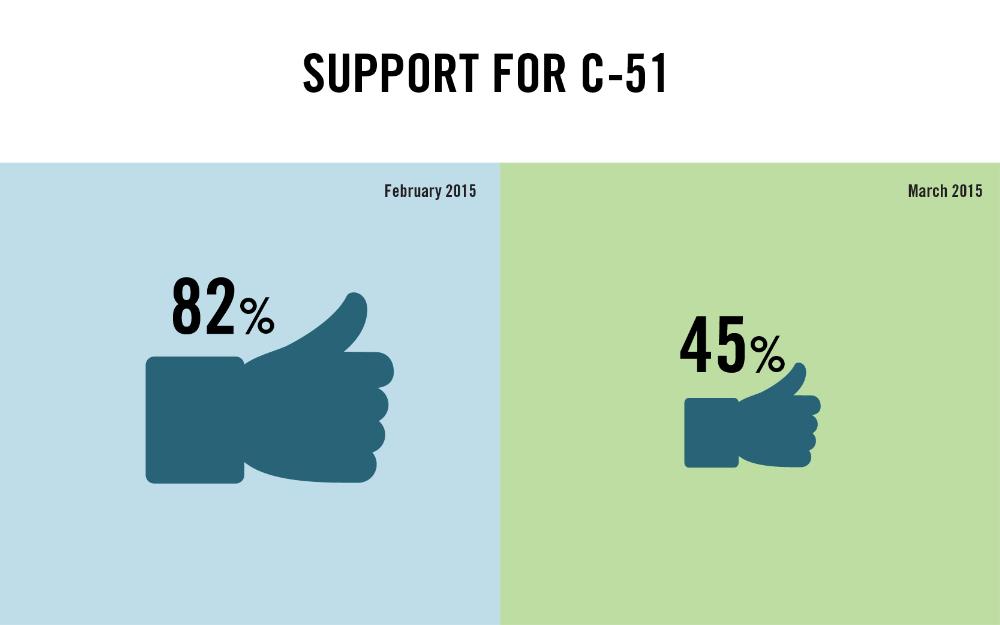 But let's not mince words here, despite all the really great work across the country we were not powerful enough to compete with special interests in a majority parliament. Last Spring, party discipline won out the day and ensured that C-51 made its way to law with the support of the Conservative and Liberal members of parliament, and we have not forgotten.

We may have lost the battle in the house of commons, but the fight is not over yet. C51Voter.ca is the next step in our most sacred mission to preserve and protect the basic fundamental principles of civil rights in a democracy. That we not be surveilled by a secret police, that the authorities are able to do their jobs with clear guidelines and oversight to protect ordinary people from the kinds of horrific abuses of power that we roundly condemn when they occur in other nations.

So it was with an immense sense of pride and duty that I'm joining the next phase of the fight to defend our freedoms. I know that after thousands of hours of conversations with friends and family about C-51 over the summer, I'm ready to spend the next month organizing with other C51Voters to stop this bad legislation from becoming the status-quo law of the land.

It's our last chance to do so, but I know that we can do it! We already have an immensely developed and passionate movement.

All that's left is to connect the dots,
Stefan, decidedly a C51 Voter.